As part of the Autumn Budget 2021 Spending Review, Rishi Sunak, Chancellor of the Exchequer, announced the “most radical simplification of alcohol duties for over 140 years”.

What does this entail?

With aims of simplifying the alcohol duty system the UK has currently, the Chancellor has announced that, from April 2023, the number of alcohol duty rates will be lowered from 12 down to 6 and will follow the premise of “the stronger the drink, the higher the rate”.

The government will also be cutting the 28% duty premium on sparkling wines and fruit ciders to reflect the UK’s modern day alcohol consumption. 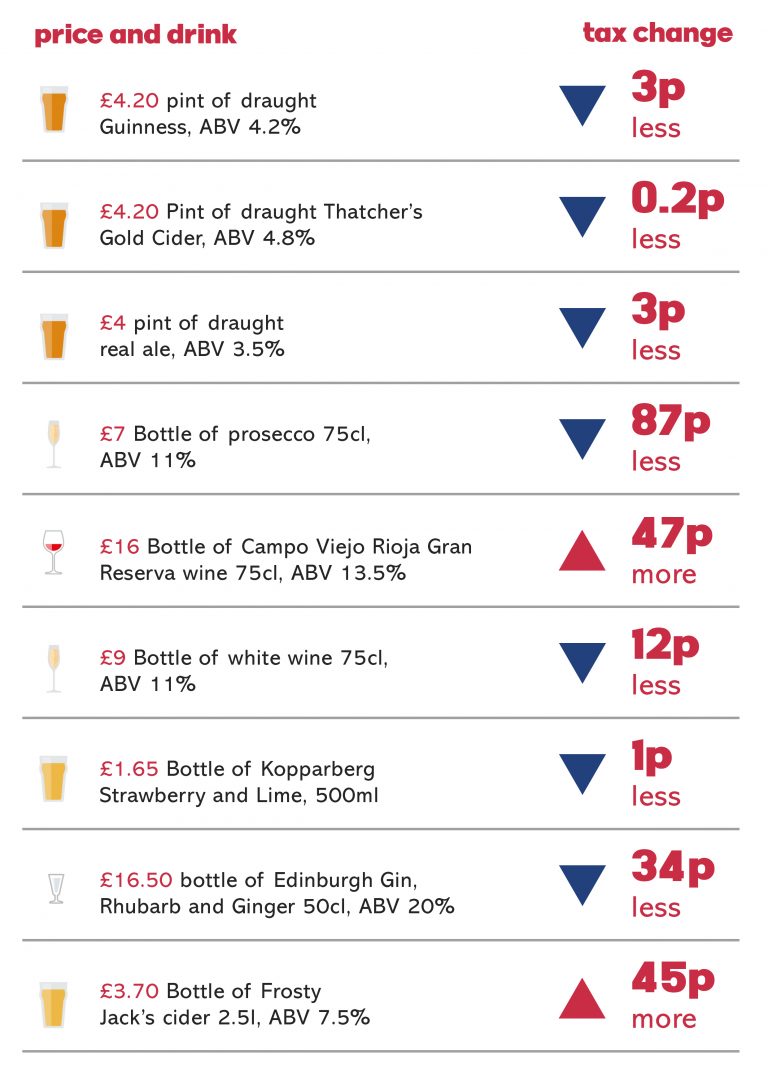 It has also been noted that, in line with modern consumption, sales of fruit ciders have increased from one in a thousand ciders sold in 2005 to one in four in the current day – making the tax cut an obvious choice to keep the industry afloat.

The government has also cancelled the planned increase in duties on alcohols such as wine, cider, beer and Scotch Whiskey, which were supposed to rise last week. This was cancelled at midnight the night before the Autumn Budget.

A Small Brewer Relief has been implemented in the Chancellor’s five-step plan to support small craft producers. This will provide small brewers with a reduced beer duty.

A Draught Relief has also been introduced. This move to support UK pubs, who have suffered greatly throughout the pandemic, will cut duties on draught beer and cider by 5% – applying to drinks over 40 litres.

When does this begin?

While most changes won’t actually kick in until February 2023, the planned increase in alcohol duties was cancelled at midnight the night before the review last Wednesday and have since been frozen.

MAF Talks: How the world of renewables and sustainability works…